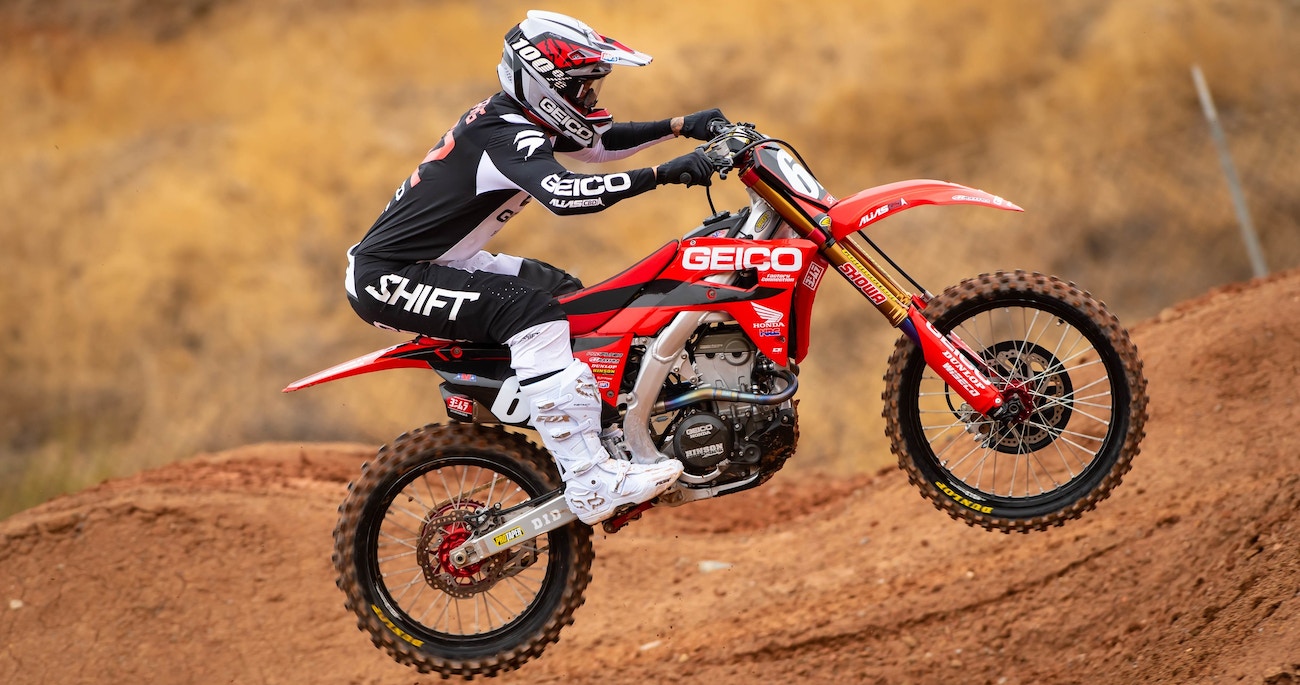 PORTSMOUTH, N.H. — Alias CBD has been named the Official CBD of the GEICO Honda/Factory Connection race team and will assume associate-sponsor placement on all team gear, motorcycles and vehicles in 2020 and beyond.

The multi-year deal extends businessman Mike Grondahl's financial support of the team into its 13th year, making it one of the longest in the industry. Grondahl first promoted Planet Fitness through the team in 2008 when his company was in its infancy. He later used the team to advertise Alias MX, an entity that manufactured superior riding gear for Motocross competitors and enthusiasts.

“We've enjoyed Motocross for years as a family and we're always looking for ways to give back,” Grondahl said. “From our initial involvement with the Planet Fitness brand in 2008 when I became part-owner of the team, through the development of Alias MX gear and now with Alias CBD, we've made it a point to put Motocross riders first.

“We kept the Alias brand with the CBD products to solidify that commitment, and we picked the CBD industry because we know its making a huge difference in so many lives. We were proud to create and manufacture the best riding gear because we wanted to be absolutely sure people were properly equipped, all while charging considerably less than the competitors. Nearly 40,000 customers agreed with our Alias MX philosophy.

“Now we're bringing the same moral intent and desire to help others by bringing plant-based medical solutions to cure a vast array of pain issues affecting people across the United States. Unlike others in the crowded CBD market, we manufacture our products ourselves at our home base in New Hampshire. In that way, we can make absolutely sure the end user gets the very best treatment.”

Pointing to the punishing nature of Motocross and the abuse riders routinely take, alleviating the pain and soreness that adversely affects enthusiasts became a focal point for Grondahl, especially as his son Eric became involved in the sport.

“Extreme sports athletes are the early adopters of new technology and once people begin to reap the benefits of Alias CBD products they'll be sold on the science as well,” said Eric Grondahl, creative director at Alias CBD. “We're offering safe, hemp-derived products that have been exhaustively tested. We're putting everything we have behind this venture and we're so confident we can alleviate pain that we're starting off by offering a double-your-money-back guarantee on everything we sell.”

Alias CBD's first product will be a Pain Balm comprised of all-natural ingredients that are completely THC Free. Future targeted products that complement the Pain Balm will be released in 2020.