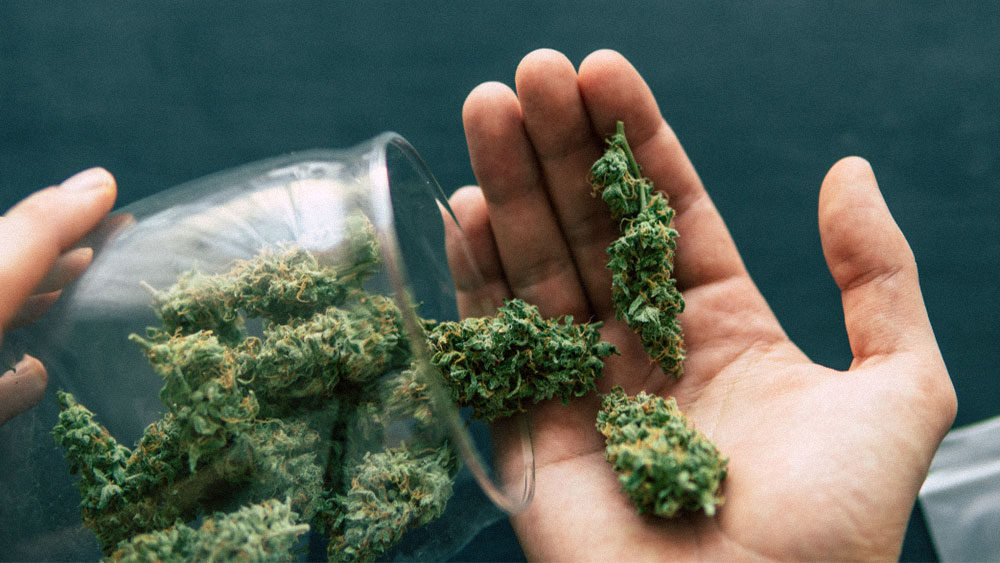 Vocal supporters of CBD and other forms of cannabis such as THC cropped up in such periods, but the 90s are more than 20 years behind us, now. Since we have the science and technology today, does the new data we’ve collected back any of those claims up?

How HIV & AIDS Affect the Body

In any reasonable discussion about AIDS, there exists a need to separate HIV, and AIDS into two different entities.

HIV is the virus that affects the immune system and prevents the body from protecting itself from invasion by harmful organisms.

AIDS constitutes the set of symptoms that follow infection. A person with AIDS has an extremely compromised immune system and has little to no ability to ward off even the most basic infections. The most common symptoms of HIV & AIDS include fever, mouth ulcers, weight loss, memory loss and loss of appetite.

HIV weakens the body by killing off CD4 cells, an essential component of the immune system. This is in conjunction with disrupting the endocannabinoid system, an essential network of neuroreceptors responsible for everything from sleep to appetite.

There is currently no cure for AIDS, but we’ve come a long way sing the 90s, when barely anything could be done about it. There exist a range of drugs that can be included in a person’s treatment plan to help manage symptoms and improve their quality of life. The one that’s been gaining a lot of attention in the medical community of late is CBD.

The effect of cannabinoids on HIV & AIDS

CBD oil is best known in the medical community for how well it interacts with the endocannabinoid system. The ECS itself has come to great attention due to its ability to control appetite, energy balance, and other functions like food intake.

CBD, taken into the body via various means such as a CBD tincture, has established itself as a drug that can be used to manage pain, nausea and help with insomnia. Incidentally, these are all common symptoms experienced by AIDS patients.

CBD helps to take care of other symptoms suffered by AIDS patients as well:

The role of CBD in improving quality of life

Antiretroviral drugs have been around for decades, allowing AIDS patients to lead a relatively normal life well into old age. What’s rarely ever mentioned, and one of the main talking points of CBD advocates like Greenleaf Farms is the side-effects of these drugs.

For example, Atripa, one of the most common ARVs given to patients, contains a hallucinogenic drug called Efavirenz. This causes hyper-realistic nightmares and hallucinations. Most other ARVs aren’t very different, causing side-effects like liver damage and insomnia. Yet, they are unavoidable.

CBD can be taken in any method of choice, depending on the patient’s preference. For fast effects, like necessary in the case of hallucinations or before sleep, a CBD tincture is recommended. This is used to manage symptoms such as insomnia, anxiety, and other mood disorders, which are often a result of nightmares.

CBD is not known to have negative interactions with any ARV on the market.