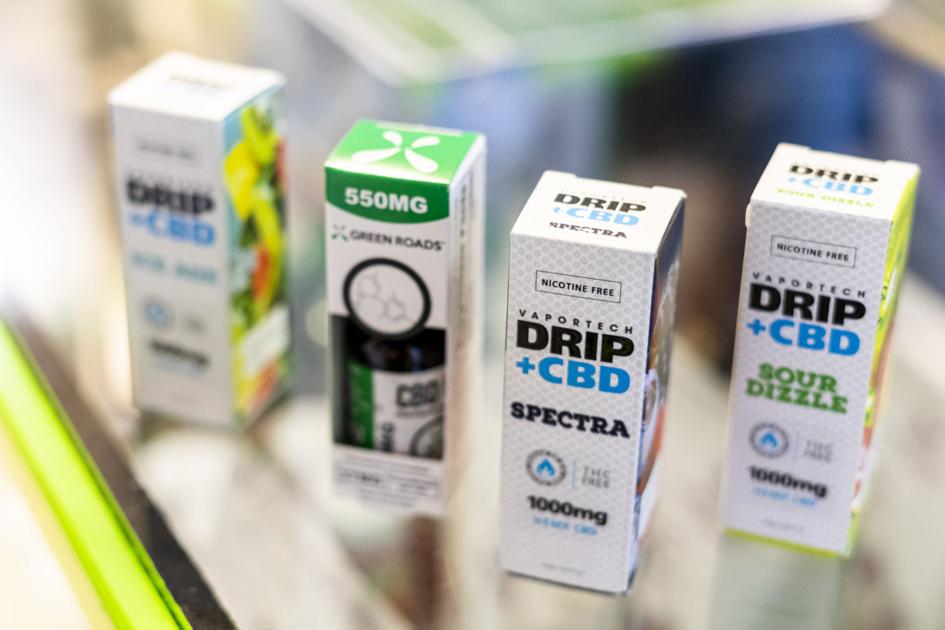 Cannabidiol products are booming in popularity, but it may lead to a bust at northern border crossings.

Early last month, CTV Vancouver reported that a Canadian man was given a lifetime entry ban to the U.S. after he tried to enter the country at Seattle’s SeaTac Airport carrying two bottles of CBD oil. They were from the same source, but one tested positive for THC.

A similar case, involving a woman, occurred later in August at U.S. Customs at Point Roberts, Wash., CTV reported. That woman later had her ban lifted.

The sale of cannabidiol (CBD) products, such as oil, has been greased by the Agriculture Improvement Act of 2018 (aka the “Farm Bill”), passed in December.

The cannabis market research firm BDS Analytics predicts U.S. sales of cannabis and hemp-derived CBD products to surge from $1.9 billion in 2018 to $20 billion by 2024.

Among other issues addressed, the Agriculture Improvement Act of 2018 legalized hemp and removed it from enforcement by the Drug Enforcement Administration as a controlled substance. But complications are arising at northern border crossings. People may be unaware of CBD restrictions and recommendations.

CBD (cannabidiol) products are derived from hemp and are now legal to possess as long as they contain 0.3 percent of THC of less. THC, or tetrahydrocannabinol, is the chemical responsible for most of marijuana’s psychological effects.

“The problem with CBD oils is, it’s legal in New York and it’s legal in Canada, but not every one of those bottles is,” said Michael Niezgoda, spokesman at the U.S. Customs and Border Protection, Buffalo field office.

Mr. Niezgoda, a former Gouverneur-based State Trooper, said it mainly comes down to a matter of quality control for CBD oil manufacturers to ensure the bottles fall under the 0.3 percent THC threshold. If not, it could result for a surprise at border crossings, especially for Canadians entering the U.S.

“If that CBD oil tests above the percentage regulated as legal in the U.S. by the DEA, then that is deemed an illegal product and therefore you are now deemed to be smuggling contraband,” he said.

Len D.M. Saunders, based in the border town of Blaine, Wash., represents both clients who were banned from the U.S. for possessing CBD oil over the THC limit. He said he had nothing to do with the woman’s ban being lifted.

“The border, on their own accord, reviewed the case, I think because of your colleagues, via the news,” Mr. Saunders said in a Monday phone interview. “They basically decided the person was not inadmissable.”

“Those are just the ones we know about,” he said. “The problem is, you’re going to have this confusion between state and federal law and Canadian laws. And all of these little (CBD) edibles, the gummy bears, the oils and lotions — that’s the stuff that’s going to start creating the problem.”

“A state’s law only governs what takes place within the state. It does not apply outside the state, which is why New York cannot legally sell marijuana or CBD products to customers in other states,” said Barbara Carreno, a spokeswoman at the Drug Enforcement Administration.

Meanwhile, the sale, possession, production and distribution of marijuana or its facilitation all remain illegal under U.S. federal law, which views it as a controlled substance.

Ms. Carreno added that interstate commerce is regulated by the feds, as is cross-border commerce with other countries.

“Enforcing what enters the U.S. from another country is the purview of CBP (U.S. Customs and Border Protection), not the state of New York nor the DEA,” she wrote in an email to the Times.

The Food and Drug Administration, which approves medicines, is working to learn more about the safety of CBD and CBD products. The FDA prohibits the addition of CBD to food products and dietary supplements. The FDA also prohibits health claims that are unproven.

Other than one prescription drug product to treat a rare, form of epilepsy, the FDA has not approved any other CBD products.

Most CBD products, Ms. Carreno said, contain less than 0.3 percent THC and are thus considered to be made from hemp and no longer fall under DEA’s oversight.

“At the moment, it is difficult to determine in the field whether marijuana or a CBD product contains less than 0.3 percent THC,” the DEA spokeswoman said. “Many companies are working on the development of field tests that can measure less than 1 percent of THC in a substance.”

Mr. Saunders, the immigration lawyer, said that due to the “uncertainty” of what could happen at the border when possessing CBD products, he has specific advice.

Mr. Niezgoda, the Buffalo-based CBP spokesman, also has advice, particularly concerning CBD products such as oils which have led to border issues when the products are field tested, followed by a secondary test performed at a lab.

“Leave it at home to prevent any manufacturing error,” he said. “You don’t know the quality control of the product.”

He added that the Customs and Border Protection errs on the side of precaution — not knowing if being over the 0.3 percent limit for CBD oil is a result of a product being laced or it being a manufacturing error.

“We don’t want citizens getting in trouble for not knowing,” he said.

Dusty Brown, owner of Dusty B’s CBD Shop, 273 State St., Watertown, said she makes sure that her customers know that all of her products fall below the 0.3 percent THC threshold. In addition, Ms. Brown said that her bottles have a QR code that when scanned, reveals detailed information about the products’ manufacturing and ingredients, with data from an accredited lab.

“You can scan the QR code and get the exact lab results for every individual batch of CBD products,” she said.

Using those codes at the border could simplify enforcement, she said.

But Mr. Niezgoda said, “Once again I would refer to the manufacturers’ quality control.”

“I would just advise people not to bring the product in at all,” Mr. Saunders said. “It’s not worth it.”

Meanwhile, in Canada, even though cannabis is now legal, its legalization doesn’t change that country’s border rules.

Under Canada’s Cannabis Act, it remains illegal to import into Canada, or export from Canada, cannabis without a valid permit issued by its government. This includes CBD.

“There’s a permit you can get through Health Canada that would permit you to bring it in, but for medical cannabis,” said Rebecca Purdy, senior spokeswoman at the Canada Border Services Agency.

But she added, “The general rule is don’t bring it in. Just don’t. It’s not worth doing, and that includes products that contain CBD. Even if they’re not THC products, they’re still under the Cannabis Act.”

Another Canadian Border Services Agency spokeswoman said that illicit cross-border movement of cannabis is a serious criminal offence, punishable with imprisonment of up to five years under the Customs Act and up to 14 years under the Cannabis Act.

In cases where cannabis is declared, a Canadian Border Services officer may choose to seize the imported goods and issue “administrative monetary penalties” to deter traveler non-compliance.

Mr. Niezgoda said American border officers may use discretion when it comes to cannabis. For example, he presented the scenario of a group approaching an American border crossing. The border officer is told by the group that in Toronto, they used marijuana, but then one passenger tells the officer that he forgot — he has a marijuana cigarette in his pocket.

That declared item, Mr. Niezgoda, said, could be seized.

But the person could also be fined or arrested.

“Those are discretions of the CBP officer at the time,” Mr. Niezgoda said. “Or they could be deemed inadmissable if they’re foreigners.”

Americans who are returning from Canada and are found to be in possession of illegal CBD oil won’t be denied entry to their home country.

“We let you back into the country. You’re a citizen and then we would do the appropriate — either a fine or a charge to be arrested either federally or locally,” Mr. Niezgoda said.